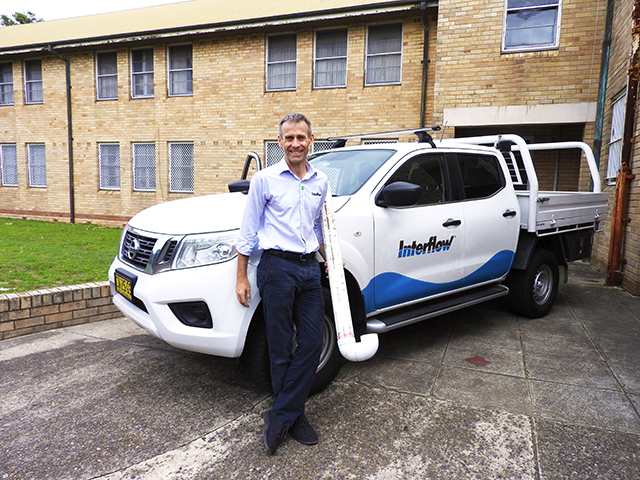 The summer of 2019/2020 was one of the worst Australia has seen, with unprecedented bushfires ravaging over 16 million hectares of bushland since they started last July. An estimated 1 billion animals have died as a result of the fires, many of which are native and already endangered.

As part of its response to the bushfires, specialist in water infrastructure networks, Interflow, has taken part in Operation Water Drop, an initiative delivering much needed wildlife watering stations to fire affected areas in New South Wales.

This was a cross-departmental effort, that brought Interflow’s collaborative culture to life, whilst emphasising the company’s commitment to communities through developing innovative sustainable solutions.

The watering stations are composed of four pieces of PVC pipe that are lightweight, affordable and easy to assemble. Once filled, the U-bend opening acts as a bowl to drink from and the metre-tall tower holds 25L of water, providing a prolonged source of water for local wildlife. 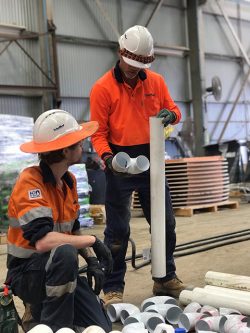 The initiative was brought to Interflow by its Environment and Sustainability Manager, Anthony Ogilvie, and was quickly embraced by employees across all departments. Anthony first reached out to Australian Wildlife Conservancy, who identified the need for 200 watering stations across fire affected areas of Laguna and Wollombi, on the eastern side of Yengo National Park in NSW.

Interflow then partnered with supplier, Reece Civil, who kindly donated the relevant PVC pipe components. Field crews used time between projects to construct the 200 units. Upon completion, the watering stations were packed onto pallets and transported to the Wildlife Conservancy’s depot at North Head, Manly on 27th of February 2020.

“When I found out about the initiative, I knew I wanted to bring Interflow on board,” Anthony said.

“The project was well suited to our in-house skills and with the help of our supply chain collaborators, we were able to help in a way that felt more tangible than donating money.” 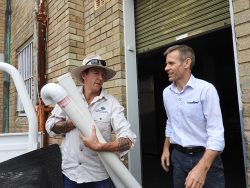 The road to rebuild

When working in environmentally sensitive areas, Interflow understands the importance of leaving the natural landscape as pristine as they found it, if not better. As such, it is vital that the watering stations be removed from the bushland once they have fulfilled their purpose and local wildlife begins to thrive.

As climate crises escalate, extreme weather events will become more frequent and intense. This stockpile of watering stations can be re-used for seasons to come, providing help for native wildlife now, and into the future.