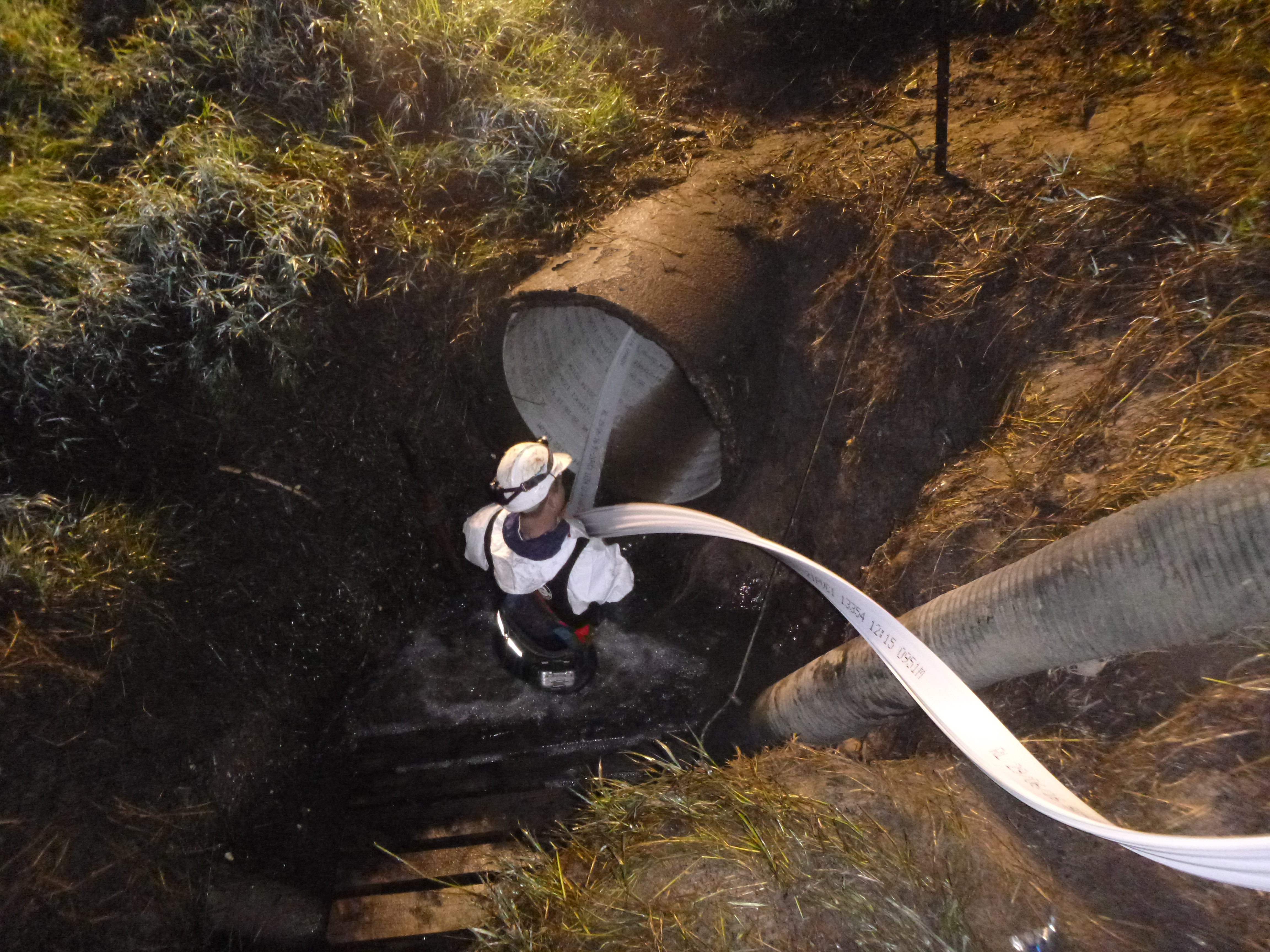 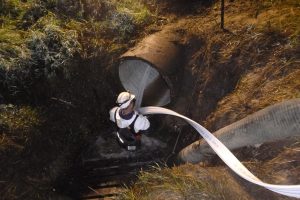 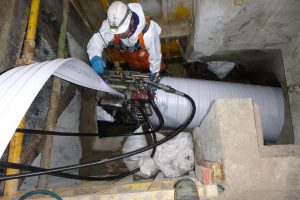 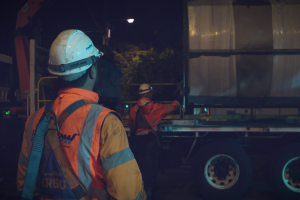 Leaking stormwater pipelines needed rehabilitation on an RAAF base that was also used by commercial and emergency aircraft. Work was needed on pipelines under and adjacent to the runways.

The project had to comply with strict security measures. Work needed to be programmed around aircraft movements and allow for emergency access to be provided at any time.

Interflow carried out this project by installing structural liners in the deteriorated stormwater pipelines. Investigation showed considerable preparation work was needed before the
liners could be installed.

Modifications to normal work processes were devised to meet the security and safety specifications that applied to working on a RAAF base.

Many of the stormwater pipelines at the RAAF base had open cracks and were subject to tidal inflow. Investigations showed that embedment around the pipelines had washed into the leaking joints leading to voids forming and sinkholes developing.

Ground stabilisation was needed to fill voids after liner installation. This required a large volume of expanding foam. Some 200 tonnes of silt was also removed from inside the pipelines and partly used to fill all the sinkholes.

Interflow devised a work program and procedures that allowed rehabilitation to be done around the unique requirements of the project.

Work on the airfield was carried out predominately at night when the runway was closed. The work process needed to allow for clearing of the runway area if Careflight or other unscheduled aircraft needed to land.

Interflow’s crews were also prepared to evacuate in 5 minutes in the event of an emergency.

Nothing could be stored in the airfield area. At the end of a shift all equipment and materials had to be removed from the site and securely stored.

This was a challenging project which needed carefully considered solutions to be successful.

Interflow used its experience, along with the inherent features of the spiral wound liners the Company installs, to provide the RAAF base with renewed stormwater pipelines. Ingress of embedment into the pipelines has been stopped.