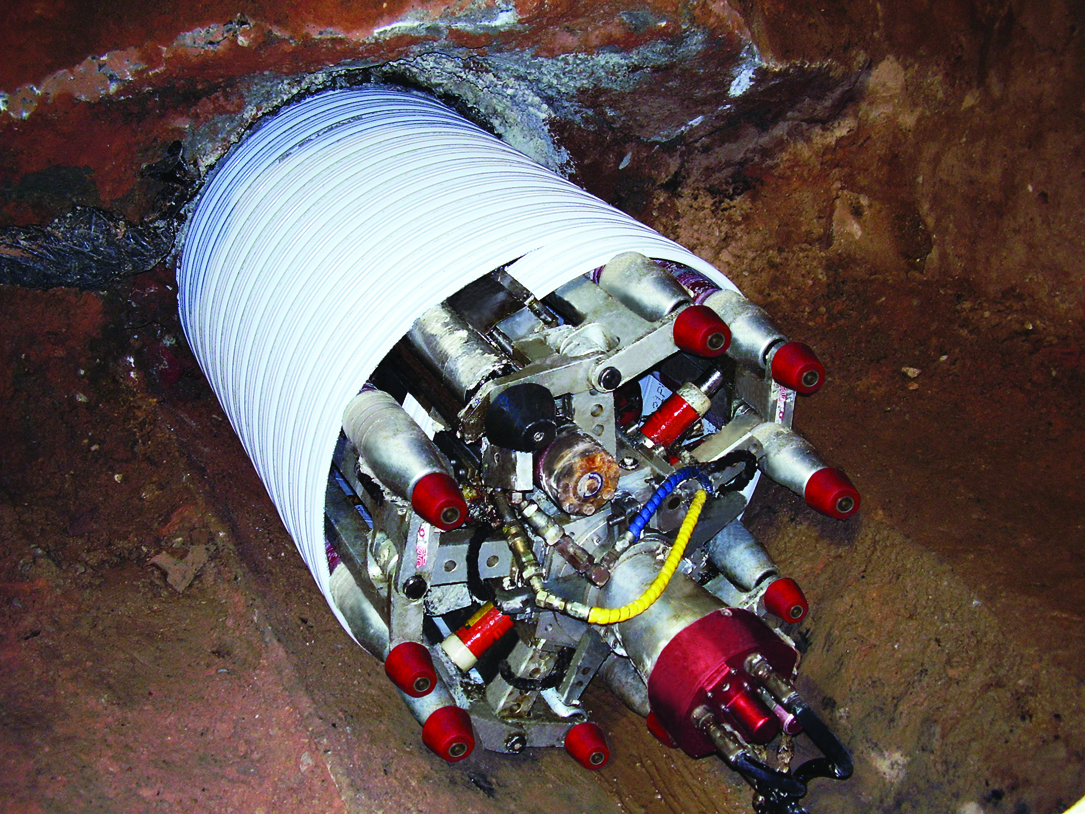 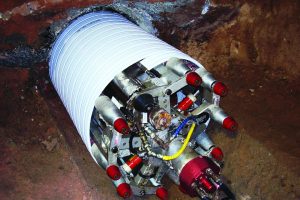 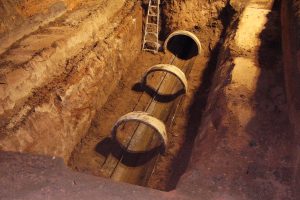 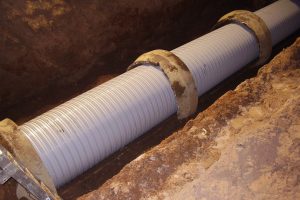 Once operation of the bypass commenced, CCTV inspection showed that deterioration had been rapid and a section of the line about 10 metres long was in a condition where any disturbance was likely to cause a collapse. Parts of the concrete pipe above the water line had corroded away, causing the top of the pipe to move downwards. It was no longer circular, so wasn’t suitable for liner installation.

Renewal of this sewer was included along with smaller diameter pipelines in a lining contract awarded to Interflow. For the DN900 sewer, a SPR ™ RO – Rotaloc spiral wound liner was assessed as being the best option.

As SPR ™ RO – Rotaloc is installed in a rigid condition it was considered capable of handling the severely deteriorated section.

Before work in the sewer could commence, a bypass system capable of pumping 200 litres per second was installed. Interflow and the principal contractor worked together to identify and then reduce all the risks associated with such a large pumping operation, including the development of contingency plans for worstcase scenarios.

The principal contractor organised for a local contractor to do the excavation. Once the level of the pipeline was reached, the top of the deteriorated section could simply be lifted off. All that remained was the dished invert and the thicker collars of each concrete pipe. Excavation took from midday until 8pm.

Interflow crew then moved in installing the SPR™ RO – Rotaloc liner, maintenance hole-to-maintenance hole, winding straight through the excavated section, with the remaining invert of the concrete pipe being used as a guide.

Interflow had the 120 metre section lined by 6am the next morning. Flow was immediately restored and the SPR™ RO – Rotaloc liner in the excavated section was concrete encased.

The project was an impressive example of the benefits of co-operation between Interflow, the principal contractor and the Water Authority. The project also demonstrated the capability of spiral wound liners to deliver the optimum solution in an unconventional project.