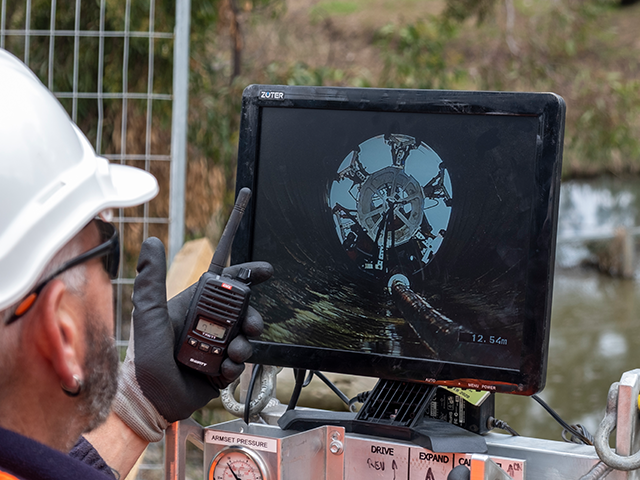 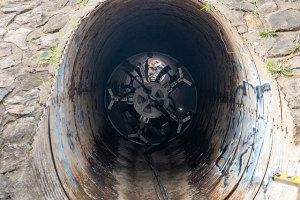 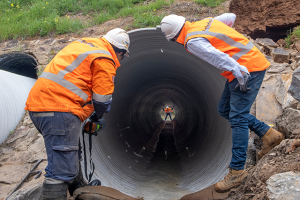 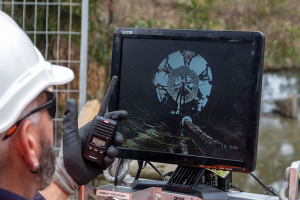 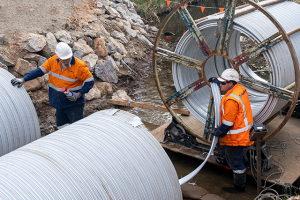 The City of Onkaparinga Council engaged Interflow to perform emergency relining works on a quad-barrel culvert after two of the sections had deteriorated to the point of collapse.

The structural integrity of the culverts was of great concern following the asset’s failure. With the safety of our crews being the highest priority, the decision was made to prohibit man entry to the structures until the new lining was safely in place. The challenge for the team was to perform the rehabilitation works and all necessary preparations from the outside of the tunnels.

Thinking outside the box, the team identified Rotaloc, a spiral-wound PVC liner, as the best solution to our customer’s problem. The Rotaloc machine is usually controlled from directly in front of the machine. In this case, the crews used a modified machine with adjusted hydraulics that could be controlled remotely from the downstream end of the channel.

Interflow’s Development Manager for South Australia, Boris Graljuk, developed the new system to function in a similar manner to the conventional man-entry system that the team was familiar with. After a two-day intensive training program in the workshop, crews were ready to put this innovative machine to use, relining all four culvert sections. This creative application marked the first non-man-entry use of Rotaloc in South Australia.

Once the robust new liners were in place, the void between the new pipe and the host pipe was backfilled with grout, creating a secure, renewed asset that will serve commuters and the local community for years to come.

A quad-barrel culvert outside of Adelaide required urgent attention after two of the corrugated iron sections collapsed. Interflow responded to the need for emergency works to rehabilitate all four of the deteriorating structures. The poor condition of the culvert system raised major concerns for the safety of workers. After careful consideration, it was deemed too dangerous to let anyone inside. This meant crews needed to find a creative way to reline these large-format ovoid pipes without stepping inside.

The solution was a specially designed Rotaloc machine that could apply a spiral-would PVC liner without the need for a hands-on operator. This unique variation had customised hydraulics that allowed it to be controlled remotely from the downstream end of the pipe using CCTV to guide it. This inventive use of Rotaloc technology was a first for the state of South Australia.

Applying circular liners to ovoid pipes is a process that comes with its own challenges. In this case, there were concerns the new pipe would ‘float’ inside the host pipe as a result of the high volume of grout needed to fill the annulus. To overcome this, crews created ‘mini dams’ inside the culvert, providing enough weight to overcome the buoyancy of the PVC liner.

With new liners now safely placed and secured, the rehabilitated culvert system can continue to aid the natural flow of water and the safe passage of traffic above for generations to come.

A rapid response was needed to rehabilitate a failing culvert system in Adelaide’s fringe. When safety concerns prohibited crews from entering the tunnels, Interflow needed to quickly find a solution to the evolving problem.

The innovative application of Rotaloc on these deteriorating culverts overcame the significant safety concerns of the project and secured the flow of creeks and traffic well into the future.

Challenging the use of Rotaloc in a South Australian first