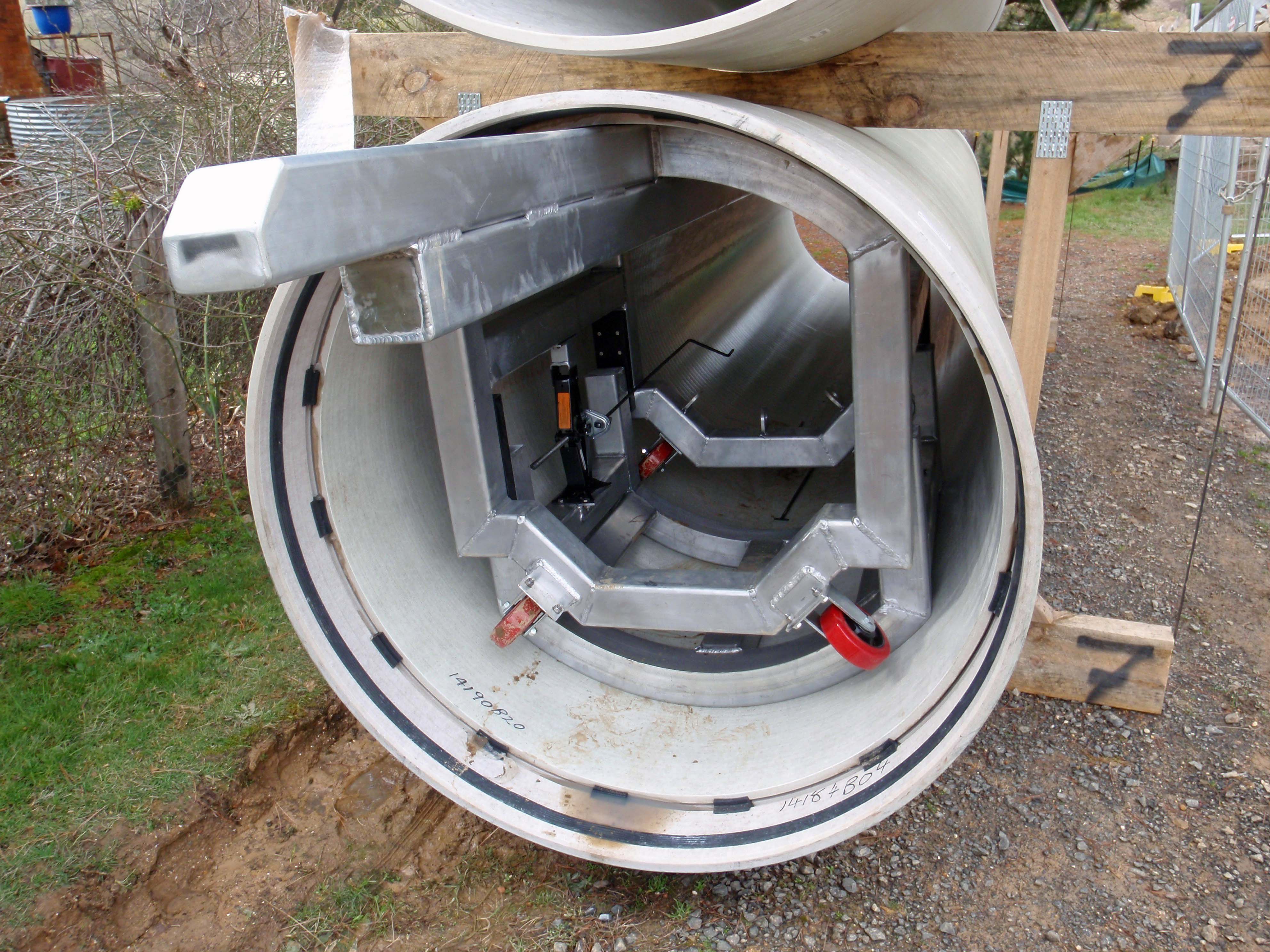 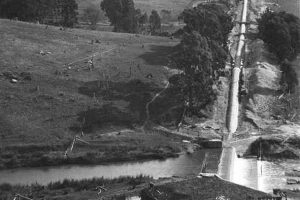 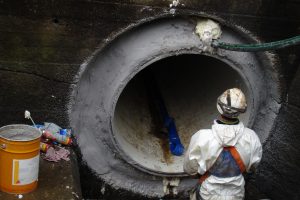 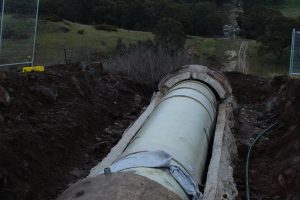 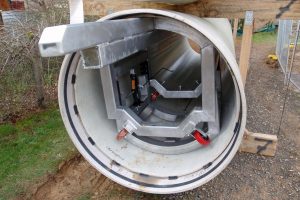 The Back Creek siphon pipeline, located near Malmsbury, connects two sections of the Coliban Main Channel and runs under Back Creek which lies in a 37 metre deep valley.

This siphon is a business critical asset in the Coliban Main Channel System and a major failure of the pipe would seriously threaten the water supply to numerous surrounding towns.

The siphon was leaking at a number of points along the length of the pipe and the historic program of spot repairs was no longer considered an acceptable mitigation strategy.

Glass Reinforced Plastic (GRP) was chosen due to its light weight but high stiffness allowing an easier install inside a complicated piping profile without having to dig up the existing concrete
pipeline to gain access. The GRP liner provided a corrosion barrier well into the next century.

Interflow was able to maintain water supply by utilising an existing disused main which ran parallel to the main being rehabilitated.

Upon commencement of the project, crews installed ventilation measures, cleaned, completed CCTV inspection and profiling of the inside of the host pipe to confirm the siphon was in a suitable condition to accept the slip-lining pipe.

Due to the steepness and location of the project, pipes were delivered in six metre lengths and a series of trolleys were developed and constructed so pipes could be winched into place and guided into position. Crew members had to physically put pipes into position to meet the installed beam and then disconnect the winch once the pipe was in place. This process was repeated for each liner length. Shorter lengths were also developed and constructed which provided more flex around bends.

Upon completion of the project the pipe ends were sealed and grout was applied via grout ports on the ground surface above the pipeline section.

Interflow completed this project without any safety or environmental incidents. The project was completed successfully and provided the customer with a solution to a challenging problem in a timely manner.