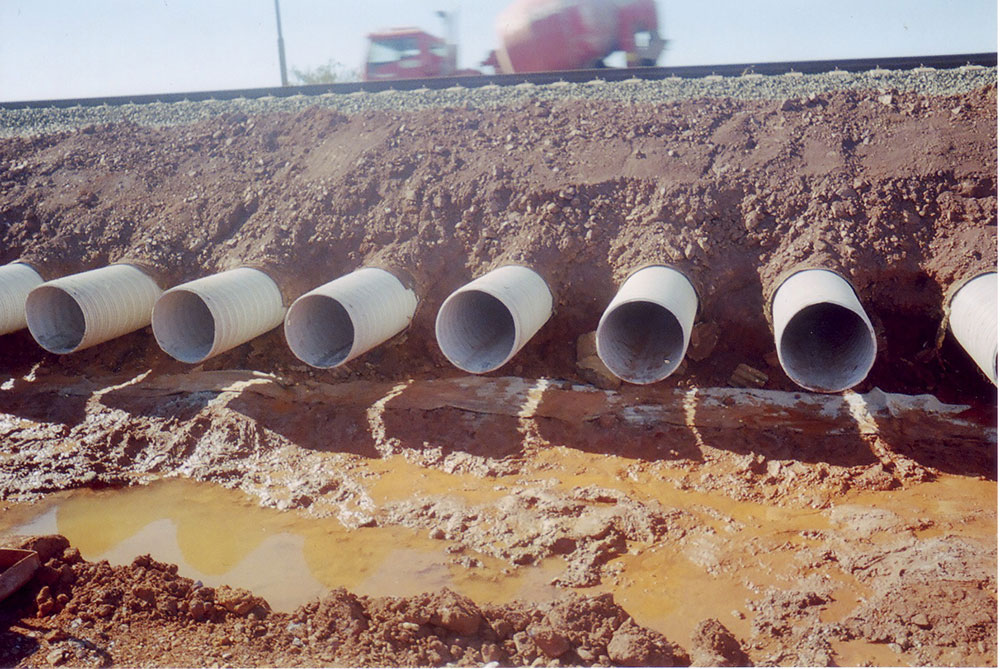 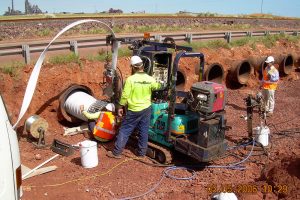 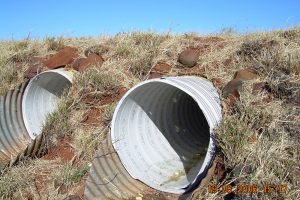 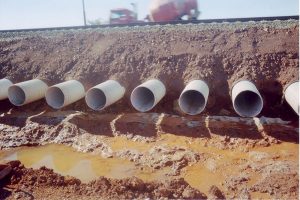 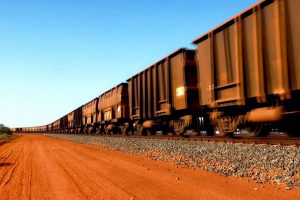 Many of the culverts were fully deteriorated with holes in the inverts that had led to cavities being formed underneath. This meant the liner had to be designed to be fully structural, taking all loads including road and rail traffic.

Some 48 corrugated metal and cast iron culverts each around 750mm in diameter and on average 28 metres in length were structurally lined by Interflow with SPR™ EX – Expanda pipe.

An important consideration in choosing SPR™ EX – Expanda was that it could provide a lined culvert with maximum internal diameter. Although these culverts had nominal diameters of DN750, actual diameters varied because of abrasion, corrosion and also because of the different culvert materials. Interflow was able to provide a circular liner that would fit tightly, even if this diameter changed along the length of the culvert.

Cementitious grout was used to fill the gaps between the outside of the liner and the corrugations in the deteriorated culvert, as well as the holes that had been scoured in the inverts. Rehabilitation also included treatment of the exposed ends.

Interflow delivered the SPR™ EX – Expanda pipe liner to site as spools of profile strip rather than as lengths of pipe meant more economical delivery costs.

This project operated under stringent time constraints. Interflow received the order in late March, with the stipulation that the work be finished by the first of June.

Interflow commenced on site immediately after Easter. The project was completed by the 19th of May – almost two weeks before the end of the stipulated contract period.

Interflow is committed to offering its customers optimum solutions of the highest value for pipeline rehabilitation.