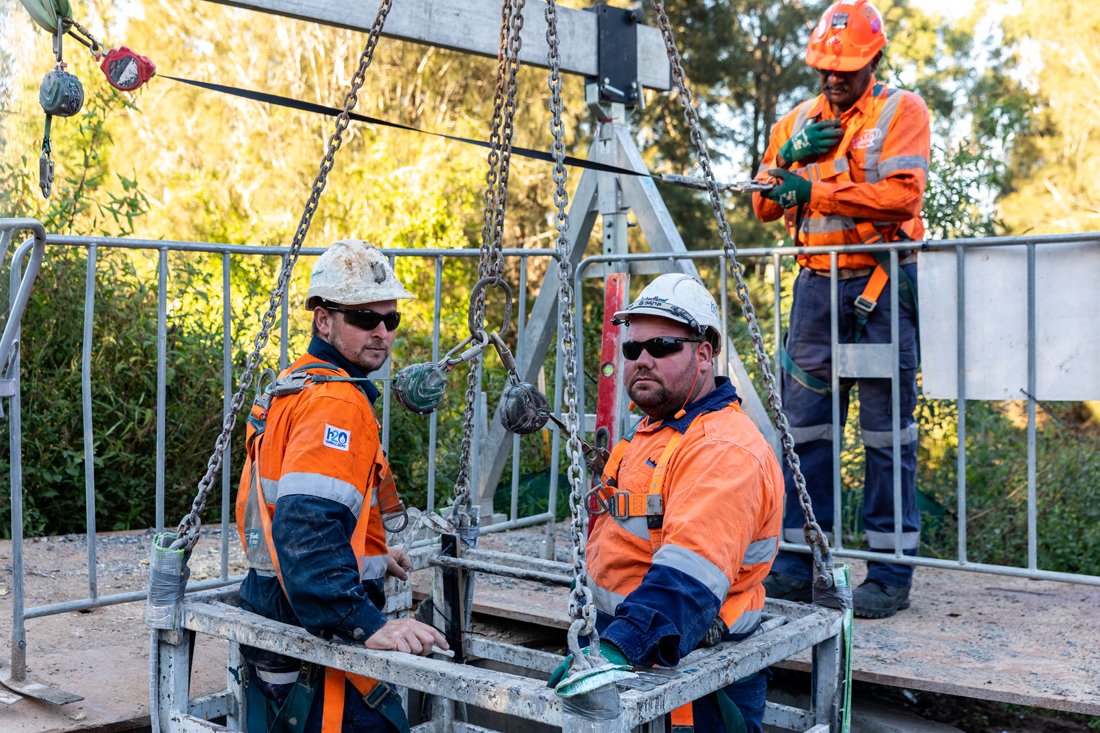 You can’t plan for the unexpected but, when disaster strikes, having well-established contacts; the ability to mobilise necessary personnel, tools and materials; extensive in-house experience; and a dedicated team provides the best chance of achieving positive outcomes.

The magnitude 6.2 earthquake that shook Christchurch, New Zealand, in February 2011 caused mass devastation and claimed 185 lives. The official clean-up and repair phase lasted until 2016, but work continues to renew and rebuild the city’s infrastructure.

Interflow – Australasia’s largest pipeline renewal company – was one of the first contractors on site to help restore wastewater and sewage services and repair the damaged pipelines.

All hands on deck

Many of the crew who worked on the repairs were Christchurch locals and were personally affected by the earthquake. But, according to Blair Telfer, Interflow General Manager – New Zealand, they rallied to assist with the repair operation.

“Everyone was keen to work as much as possible to aid in the overall recovery works to get the city back up and running as quickly as we could,” Mr Telfer said.

However, local crews did not operate in isolation. Mr Telfer said that, as a large company, Interflow was able to draw on the expertise of staff from across the company.

“As Australasia’s largest pipeline renewal company we could call on not only additional personnel resources from Australia but also the full technical support of our experts in Australia,” Mr Telfer said.

“There were a number of differing projects that were outside of the norm that required bespoke design.

“By having a team of experienced specialists and engineers in Australia supporting our New Zealand crews, we were able to brainstorm and come up with innovative ideas and then prove that they would be robust and meet design and specification requirements.”

Throughout the eight-year repair period, Interflow brought 16 of its Australian-based staff to Christchurch, and appointed 20 new staff to join the existing 22 Christchurch-based personnel.

“The quantum of work to be completed in the short time meant that additional staff had to be employed,” Mr Telfer said.

“As trenchless techniques are quite unique and specialised by their very nature, there are few trained persons. Training had to happen on the job.

“Fortunately, Interflow had a team of dedicated technical trainers who provided on-the-job training and certification, which sped up productivity and ensured that high quality standards were maintained.”

In some emergency situations, acquiring necessary tools and materials can also be challenging.

In November 2018, a failure in the City of Gold Coast’s Eastern Force Main – one of two large rising mains that takes sewage from about 200,000 people from the north of the city to the Coombabah Sewage Treatment Plant – was detected.

The sewer was immediately diverted as a temporary measure, but wet weather would overload the system; a long-term solution was required as quickly as possible.

Primus Liner was selected for the job, however as the material is constructed in Germany it would have taken at least two weeks to arrive, if the stock was available at all. The worst-case scenario was that it would need to be manufactured from scratch and then transported by sea, which could have taken up to three months.

However, according to Will Zillmann, Interflow Manager – Emerging Markets, Interflow’s industry connections and contacts meant that the necessary tools and materials were procured quickly.

“The Interflow employee who was contacted by the City of Gold Coast knew that Sydney Water had some additional stock of Primus Line that they weren’t using, which was the right size, the right length and the right class of liner for the job,” Mr Zillmann said.

“These industry connections and relationships were key to getting the materials and tools we needed to complete this job, which saved on freight costs and meant Interflow could begin renewing the pipes within days of the fault being detected.”