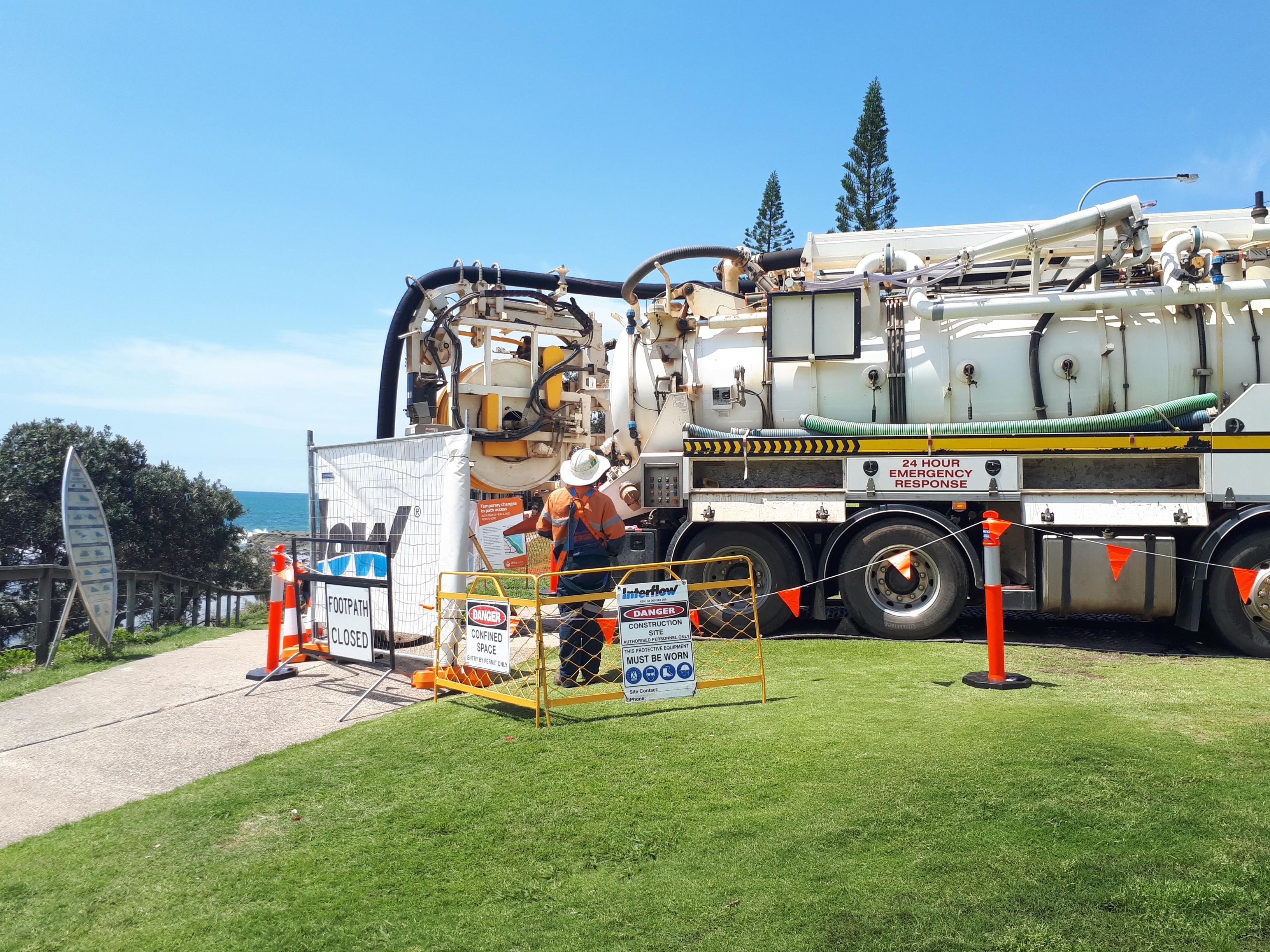 As Australia’s most prestigious awards in civil infrastructure, the CCF Awards recognises excellence in civil construction. Renowned leader in pipeline renewal and rehabilitation, Interflow has landed a place in the finals.

Civil Contractors Federation Queensland (CCF QLD) has just announced the finalists for the CCF QLD Earth Awards. Partnering with Unitywater, Interflow’s rehabilitation of a sewage pipeline in Alexandra Headland has been recognised for its efficient approach and successful outcome.

The project involved relining six lengths of DN450 using SPR™ EX- Expanda liner. One access chamber was raised, and eight access chambers were cleaned using a Recycler and then coated.

To further reduce cartage and use of water, several cleaning dingos were strategically positioned along the line. In conjunction with Interflow’s Kubota, the dingos were arranged using a 100-tonne crane to carry out the works.

Given the sewers and access chambers were located parallel to the shoreline and on steep rocky ground, the team arranged for on-foot crew access and equipment that was crane-delivered to the chambers. The coating and sewer relining were undertaken in tandem to take advantage of the arranged closures and Council permits.

“Due to the environmentally sensitive nature of the Alexandra Headland foreshore area, a trenchless solution for Unitywater was a must,” says Shaun.
“While the pipeline was situated in a busy Council parkland area, Interflow and Unitywater worked with Council in seeking approval to undertake the works, ensuring relevant site conditions and requirements were met,” he continues.
“As a result, we were able to deliver the project on time, within budget, with minimal disruption to the public, and no environmental impact.”

“It pleases me greatly that we were able to assist Unitywater in delivering this difficult-to-access, environmentally sensitive, high-risk project,” says Interflow’s Business Development Manager, John Phillips.

“The successful delivery of this project gave us an opportunity to demonstrate our core principle of continually challenging the status quo for our valued customer.”

The winners will be announced at the CCF QLD Earth Awards, which will be held at the Gold Coast on Friday 23 August 2019.