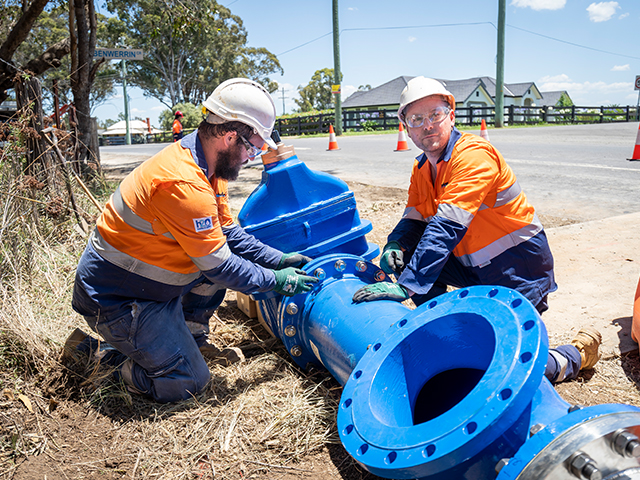 With so much of our water infrastructure due for renewal over the next decade, including asbestos cement pipes, success will come from deep insight into asset conditions and failure mechanisms, and a collaborative approach to solutions.

Much has been made of the “infrastructure cliff” identified in Infrastructure Australia’s Australian Infrastructure Audit 2019. The report highlighted the fact that as we reach the end of our water assets’ expected service life, the cost of renewal – financial and otherwise – could overwhelm water authorities and their ability to meet their customers’ expectations.

Since then, innovation and advancement has been occurring at pace in some parts of the sector. But it’s not always beneficial, and it often doesn’t solve the deeper problem.

“I’m quietly skeptical of some of the new products on the market, and quite excited about others,” says Will Zillmann, National Product Manager at leading pipeline infrastructure company, Interflow.

“For example, a lot of newly marketed pipe-renewal technologies leave existing service connections in place, rather than replacing them,” Zillmann says. “Those connections are typically the same age as the host pipe.”

“If you’re replacing or renewing only the host pipe, it’s probably not long before those connections fail, too. Compare that to our RediFlow technology, where we go in and renew all of those connections at the same time as we renew the pipes. It means, for argument’s sake, that two years down the track you’re not coming back to the same customer group and giving them more grief because you have to dig again.”

But what about the root cause? How does a water authority get to a stage where it can feel confident about avoiding the infrastructure cliff by planning a proactive series of renewals?

Let’s use asbestos cement pipes as a case study. 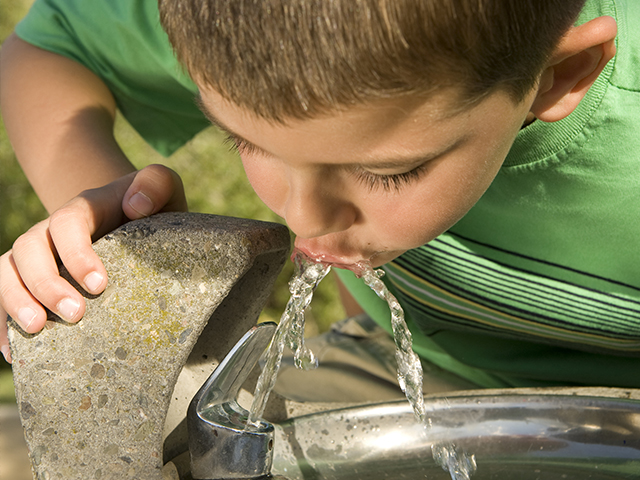 Asbestos cement: A blessing and a curse

“Given that the last AC pipe was put in the ground in 1986 in Australia, we’re coming into a period in which a lot of these assets are going to be starting to show significant signs of failure.”

Obviously, there are many complications around the rehabilitation of AC pipes. Pipe bursting AC water mains is no longer seen as an acceptable practice. As soon as you run a bursting head through an AC pipe, for instance, it changes it from being non-friable to friable and becomes much more dangerous.

“You’re putting asbestos fibres into the ground around the hotspot,” Zillmann says. “So the industry no longer allows pipe bursting of asbestos cement.”

“But if we dig it up and replace it, we’re taking asbestos from one location to another and increasing the amount of landfill with a highly dangerous product. We’re creating a problem for future generations.”

Actually, it’s the same for any type of pipe – it’s about developing a clear picture of the conditions and types of all of your existing assets and appreciating that they all have some form of value.

“As an industry, we don’t always look at things holistically and we’re often driven by short term budgets rather than matching budgets to solve the greater issues,” Zillmann says.

“If a pipeline has had failures, we replace it. We see it as an isolated pipeline and attack the problem on a reactive basis. We don’t see that we’ve got this asset class that was installed in the same period of time, in that area, so they’ll all be at risk of failure.”

A holistic approach to renewing a larger area reduces units cost and improves the long-term customer experience. It also means water pressures can be dialled back up if they have been reduced in the past to protect the infrastructure or reduce leakage.

In the case of AC pipes, a variety of trenched and trenchless techniques can be used to renew an entire service area, depending on the specific site and asset conditions, and the needs of water authorities and their customers.

Thorough knowledge of the condition of the entire network allows good and effective decisions to be made around these processes.

Scott Jordan-Legg, Segment Lead for Water at Interflow, says if water managers were to think more holistically around their renewal strategy in a suburb or service area, they could realise enormous efficiency gains.

“If we were developing a 20- or 30-year renewal program we could look for optimisation and efficiency and not simply respond to the here and now. Yes, we’d have to maintain some pipe but we could also reline the majority of it and upsize some of the network,” Jordan-Legg says.

“For example, if I know I’ve got 200 assets to manage in a service area, and I took a holistic approach I might identify, say, 160 that we could line. That means perhaps another 20 could be maintained and the remaining 20 I could upsize. An approach like this would enable us to maintain service capacity within the network, while also providing the water managers with the economic benefits and efficiencies of an optimised renewal approach.”

Of course, much of the expense of a contractor crew comes from mobilisation. Once the crew is mobilised, adding several hundred metres of pipe for re-lining brings powerful economies of scale.

Scheduling work into larger, planned blocks rather than reacting after a failure also helps in managing increasing customer, council and Department of Transport expectations. After all, work announced well in advance is a lot more acceptable than surprise disruptions.

The future will be about collaboration

By collaborating with South East Water recently, Interflow was able to compress a potential 12-month project on Melbourne’s Chapel Street to six months or less by agreeing to an extended working window – from 7.30am to 10pm instead of 9.30am to 3.30pm.

“That’s another example of progressive water management,” Jordan-Legg says. “The more collaborative an authority and the affected stakeholders are with us in regard to achieving the objectives, the greater the economic benefit that can be realised by all. There is also disruption to be avoided.”

“If you bring us into the conversation around how you want to deliver service, or how you want to be innovative while removing risk, we really can help. If there are working groups developing solutions to challenges, bring in contractors who are industry experts. We will help solve the challenge.”