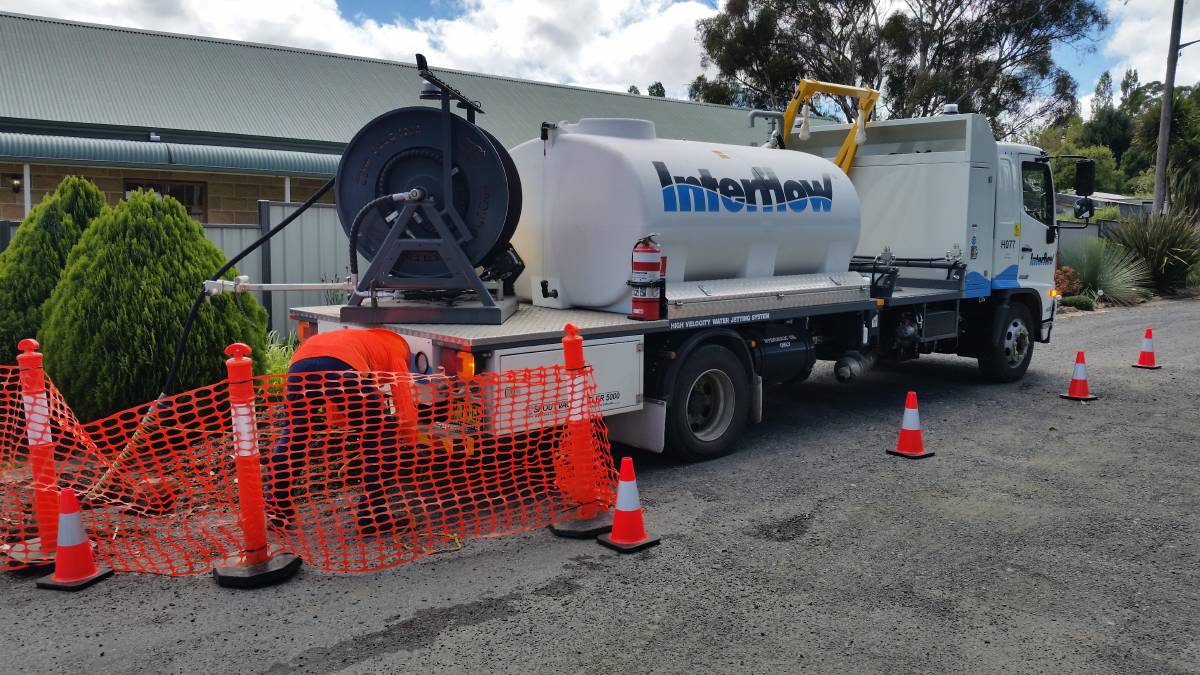 Council contractors have a way of laying pipes without trenches

It is a brilliant idea – one of those simple, unsung technological brainwaves which makes our lives better.

In the old days – a year or so ago – councils dug trenches to repair pipes. They still sometimes have to do that.

But what Glen Innes Severn Council and a company called Interflow is doing is inserting flat pipes into manholes and then pulling wires to make them expand into pipes that fill the space.

If there’s an old, cracked pipe underground, rather than dig it up, the idea now is to insert a slightly narrower pipe and expand it to cover the broken article.
Brilliant. Yes?

An alternative for clearing blocked pipes is to send his pressure jets of water through, breaking up roots and twigs and then sucking the pieces out. Awesome, is it not?
The council’s Director of Infrastructure, Keith Appleby, said the contractors, Interflow, were working their way round the town with minimal disruption compared with trench digging between manholes.

“It’s much less disruptive and much cheaper”, he said.

This financial year, the council is spending $145,000 on the renewal and improvement of pipes, some of them many decades old.

Because of the up-coming financial burden of the renewal as ancient pipes reached their breaking point, the council introduced a “special drainage charge” which currently stands at $94 per property. This charge has allowed the new work to happen.

That charge is unlikely to be abolished despite the new technology because there’s a backlog of work still waiting to be done, and some pipes will still need to be dug up if they are beyond repair. Last year, pipes were dug up in Bourke Street, for example.

A spokeswoman said that Interflow “found and cleared roots from a plane tree and poplars from two storm water pipes”.

Normally that kind of rain would have left people knee deep but the weekend’s festival proceeded with feet dry.