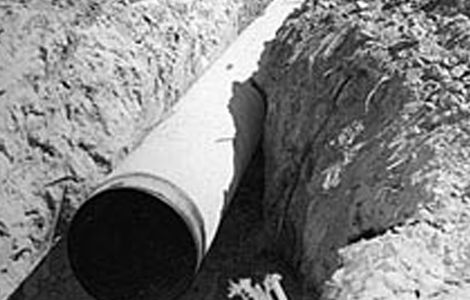 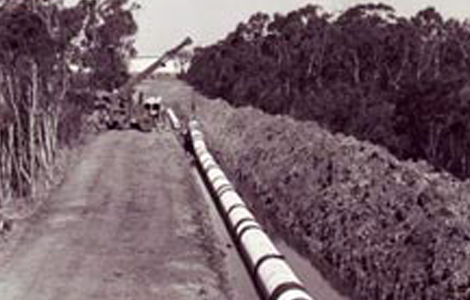 The year 2016 marks 80 years of service to the Australian water industry.

Starting in 1936 as General Constructions, the first project undertaken was the construction of reticulation sewers at Northbridge in Sydney. The success of this project led to others in towns throughout the eastern parts of Australia – West Wyalong, Southern Riverina, and Northern NSW. Gradually the Company expanded its expertise to include water supply pipelines, pump stations, treatment works and grain silos.

Right from the start the Company demonstrated a capacity for innovation by searching out and providing the most cost effective solutions.

In 1938 General Constructions imported the first Barber-Green trencher from the USA. This multiple bucket type of high production excavator was revolutionary and raised much interest in the industry as it significantly cut the cost of excavating a trench.

The business continued to grow, extending its range of operations and constructed the original sewers, town water supplies, gas and oil pipelines in many parts of regional Australia.

Innovation continued to be incorporated into the Company’s work methods and in 1967 a partnership was formed with an American company who specialised in construction dewatering. Later this company came to be Vortec industries.

In the early 1980s another partnership was formed with the German company Edmunds and Staundinger to import trench support equipment. This innovation revolutionised safe construction of deep trenches, in many cases replacing the need for timber and sheet piling for trench support.

Quotes were called for the replacement of a 300mm pipeline on the Central Coast. The pipeline was about 5 metres deep, in water charged ground beneath a busy road – a difficult project in any contractor’s terms.
Not for the first time, the Company brainstormed to find a better way to provide the solution.

The Company had become aware of a company called Rib Loc who were developing technology to replace a pipeline without the need for excavating. On this project it seemed like an idea worth exploring! So after consultation with Rib Loc an alternative solution was proposed to renew the pipeline using “Trenchless Technology”.

The client accepted this alternative solution and a short while later our crews were on site with Rib Loc support installing their first ever Expanda® pipe structural liner.

Soon after, the Company was renamed “Interflow” and continued to excel in the delivery of products and services specialising in pipeline rehabilitation.

Our position as Australasia’s leader in pipeline renewal has been recognised by several industry Awards. The culture of innovation continues!